Swamp Poets perform at The Attic after 2-month hiatus 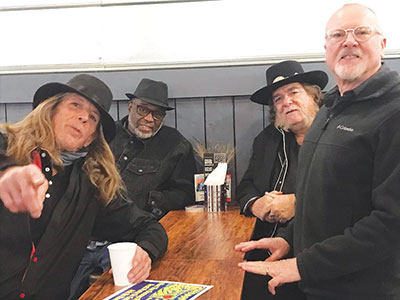 The Swamp Poets, an American Blues based roots music band, are returning
from a two-month hiatus to perform at the Attic, located at 218 S. Montezuma
St., in Prescott, from 8 to 11 p.m. Saturday, Aug. 27.

The band was forced to stop playing after the band’s singer, guitarist and
frontman Christian Michael Berry was severely injured in an assault at his
workplace on June 21. Berry suffered numerous skull, facial and hand fractures,
as well as internal injuries, which forced the band to cancel two months of
shows for the Swamp Poets and Swamp Poets Duo.

Berry, who works as a behavioral health tech at a group home for troubled
teenage boys, explained that he was administering first aid to one of the
teens with his back turned to the others when he was attacked.

“He had gotten an ear piercing that day and it was bleeding and he came
out and asked me to help him clean it up and stop the bleeding,” Berry said.
“Apparently it was part of a plot, there were five of them total, but what they
did was the minute I turn my back they threw a blanket over my head, tied a belt
around my neck, yanked me to the floor by the belt and while one of the guys was
standing on my neck and pulling back on the belt that was around the blanket
that was around my head, the other ones were stomping me on the head and the
face and upper torso.”

According to Berry, nothing like this has ever happened at the facility since
he has worked there, partly because the company policy for teens who want to
escape is to let them leave and report it to local law enforcement.
“I work the graveyard shift, and 99% of the time when I get there, they’re
already asleep, so my job just consists of making 15-minute bed checks to see
that they’re present, that they’re alive and they’re safe,” Berry said. “If a kid
wants to escape, we call it going AWOL, it’s just simply a matter of them walking
out the door.”

Performing with Berry at the Attic are bassist David Girardin, keyboardist
Steve Willis, Taul Paul Epoch on back-up vocals, Blues harp and flute,
drummer DeVell Riley and featured guitarists to help fill in for Berry, who still
has trouble playing guitar due to finger damage.

“I’ve been working out every day trying to come back to being able to perform
again,” Berry said. “I’m feeling confident that I’m going to be able to
pull this off on the 27th. I’ve got some friends coming out to help. I’m learning
how to play the guitar again because you don’t realize how important your
index finger is until you don’t have it.”

The Swamp Poets’ album, “Hoodoo Du Voodoo?” is available for free download
on their website, at SwampPoets. Bandzoogle.com.

Jesse Bertel is a reporter/videographer for the Prescott News Network. Follow
him on Twitter @ JesseBertel, email him at jbertel@prescottaz.com, or call 928-
445-3333, ext. 2043. 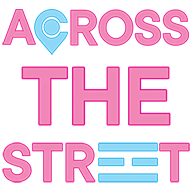